Skip to content
New drug Procysbi (cysteamine bitartrate) approved by US FDA for treatment of nephropathic cystinosis a rare disease.

Of the three types of cystinosis ( nephropathic cystinosis) , is very sever, in this case renal reabsorption of glucose, amino acids and phosphate ,bicarbonate do not occur as it occurs in normal individual as a result glucose, amino acids and phosphate ,bicarbonate are excreted in urine leading to loss of essential amino acid , phosphate . Loss of phosphate causes impaired development of bone might cause ricket , systemic acidosis and impaired body growth in baby and may cause soft and bowed bones. If not treated with a drug it might damage renal tubules and complete kidney failure is inevitable.

Cystinosis is a genetic disorder.
A protein cystinosin is responsible for removing cystine molecules out of lysosomes. Mutation over mutations over CTNS gene are responsible for deficient or defective formation of cystinosin.

Mode of action of cysteamine : 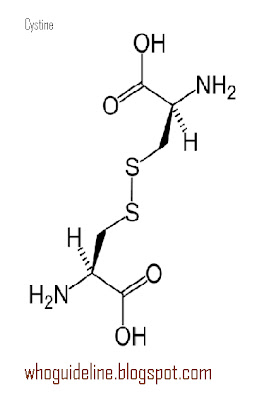 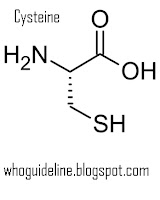 Amino acid cystine is formed by combination of two molecules of cysteamine by formation of covalent bond between its sulfide groups. It is a dimeric molecule.
First it is transported in to lysosomes in cells it react with cystine to form cystine- cysteamine and transported out of lysosome and broken down to cysteamine and cystein by glutathione in cytoplasm .(chemical reduction reaction)

.@timesofpharma People with symptoms should ask MD about breathing test aka spirometry.